Super detail the corridors of DeAgostini’s Millennium Falcon subscription kit. Flooring includes the “grab insets” in the tiles and even has the two removable panels used to smuggle the heros in Episode VI. (Two sets of panels are included so they can be shown removed or installed, but still flush to the rest of the floor.)

Baseboard lighting grills are included so that the floor may be lit.*

Includes the Episode V and later round wall sconce bases, suitable for lighting. Sconces may be upgraded by adding tubing or rod**.

Also included are the control panels behind the banquette seating (where the chess game is played), as well as the small one that goes at the end of the banquette where the last three seat back sections should be left off the kit. 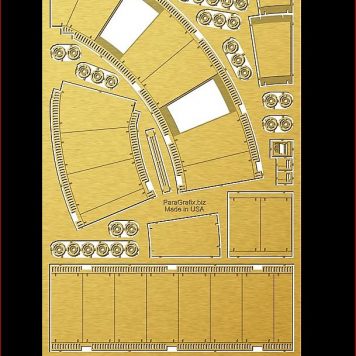